Deciding to spay or neuter a cat is a personal decision on the part of a pet owner. However, if you're inclined to avoid having your cat spayed, you may want to take a look at this list of problems you could experience. There's a lot of benefits to spaying a cat, so here's a look at what sexually intact female cats can end up going through if they aren't spayed.

In general, female cats are known for being more aloof than their male counterparts. However, this isn't necessarily true while a female cat is in heat. When a cat enters their reproductive period, they will typically become extremely needy and affectionate. While this may sound like a pleasant thing, it can be overwhelming if your cat goes through its entire reproductive period without mating. Your female cat will likely be clingy and more affectionate and may be very vocal, calling out with loud meows in an effort to attract a mate or attention from their owner. Given that cats can enter their reproductive cycles more than once per year, this could grow to be a regular nuisance.

Hormones can drive cats to some pretty extreme behavior, and that includes sneakily escaping the house. Even female cats who typically don't want to go outdoors may decide to make a break for it if they're in heat. This isn't because they're trying to escape you but because they're desperate to find a mate. So even if you plan on keeping your cat indoors at all times and think that they'll be immune from the risk of pregnancy, that may not necessarily be the reality.

Not all cats will experience bleeding during their reproductive period, but some do. This is similar to the type of bleeding that you may have experienced with dogs in heat. As the reproductive organs ready themselves for potentially carrying kittens, sometimes blood and tissue is shed as a result. While it's almost never enough to be dangerous to your cat's health, it can result in messy situations.

While cats generally have a lower rate of cancer than dogs do, that doesn't mean that they're immune to the disease. Unfortunately, cats who aren't spayed are at a higher risk of developing certain cancers. The production of reproductive hormones like estrogen is higher when a cat isn't spayed, which can lead to cancerous cells developing. Spaying a cat also removes the uterus, so it eliminates the risk of this particular type of cancer.

Contact a vet who offers spay and neuter services to learn more. 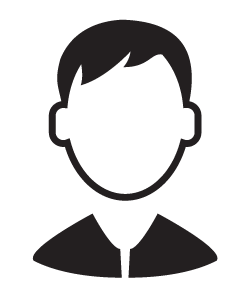